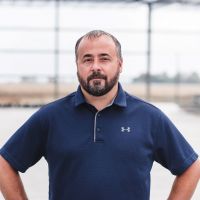 Andy Carr, son of Sequel CEO Rich Carr, has been named Plant Manager for Sequel Wire and Cable responsible to oversee the construction and start-up of Sequels' new Argos facility. Andy has almost 20 years of wire and cable experience and has previously started two new greenfield facilities; one in Nogales, AZ for Copperfield and one in El Paso, TX for Coleman Cable. The Sequel facility in Argos, IN will be his 3rd start-up. Additionally, he has held various plant management positions throughout his tenure at Copperfield, Coleman Cable, and Southwire. Andy is a Marshall County, Indiana native where he currently resides with his family. He enjoys working on the family farm and bowling.